So … I finally got around to removing the Mozilla Maintenance Service from my deployment of Firefox.  It was pretty easy, but surprisingly unexplored by the blogging community.  I’m by no means calling first on this post, just saying I did it through self-discovery.

Why would I want to remove this service?  Quite simply, we have an automated process for our current roll out of Firefox updates.  The service is a long overdue, but unnecessary feature for my infrastructure.  Additionally, I don’t like things being installed arbitrarily.  I may investigate if I would rather use this service for silent updates of Firefox in the future.

I can boil this process down to two basic needs:

Note: Thanks to Ph0neutria for helping me  determine that this doesn’t work for new installs.  It’s just for the upgrade, as the bugzilla report states.  See the comments for details.

Create an .ini file to disable the install of the Mozilla Maintenance Service, as shown:
INI
Install firefox with the /INI switch, as shown (assumes the .ini file is in the same directory as the Firefox setup.exe):

Block Mozilla Maintenance Service from installing by running the following command BEFORE you run the Firefox Setup X.X.X.exe installer:

You can silently uninstall the Mozilla Maintenance Service with the following command: 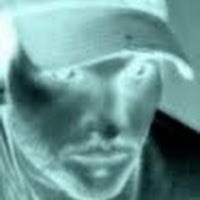